Human Medications Are Not For Pets!

Munny should perhaps be called Lucky, although when you read his story you will see why Munny is also a suitable name!

This gorgeous little character was born with a severe cleft palate. His very devoted owner hand reared him until he was old enough to have corrective surgery performed by a specialist veterinary surgeon.

After such a hard start, Munny seems to want to make up for lost time and will eat anything and everything that is within reach.

The first sign that something could be wrong was when Munny came to visit us at Clayfield Vet for a routine heartworm injection. He had seemed well but had a bout of severe, explosive, haemorrhagic diarrhoea in the waiting room. His owner reported that Munny had eaten 2 human Voltaren tablets that had accidently fallen to the ground the day before.

Two, human, non steroidal anti-inflammatory tablets to a dog of Munny’s size (he weighs about 6 kgs) is extremely dangerous. He was immediately placed on an intravenous drip and treated with medications to try to save his intestinal tract from further catastrophic damage. He was in danger of suffering kidney and liver failure, as well as intestinal perforation. 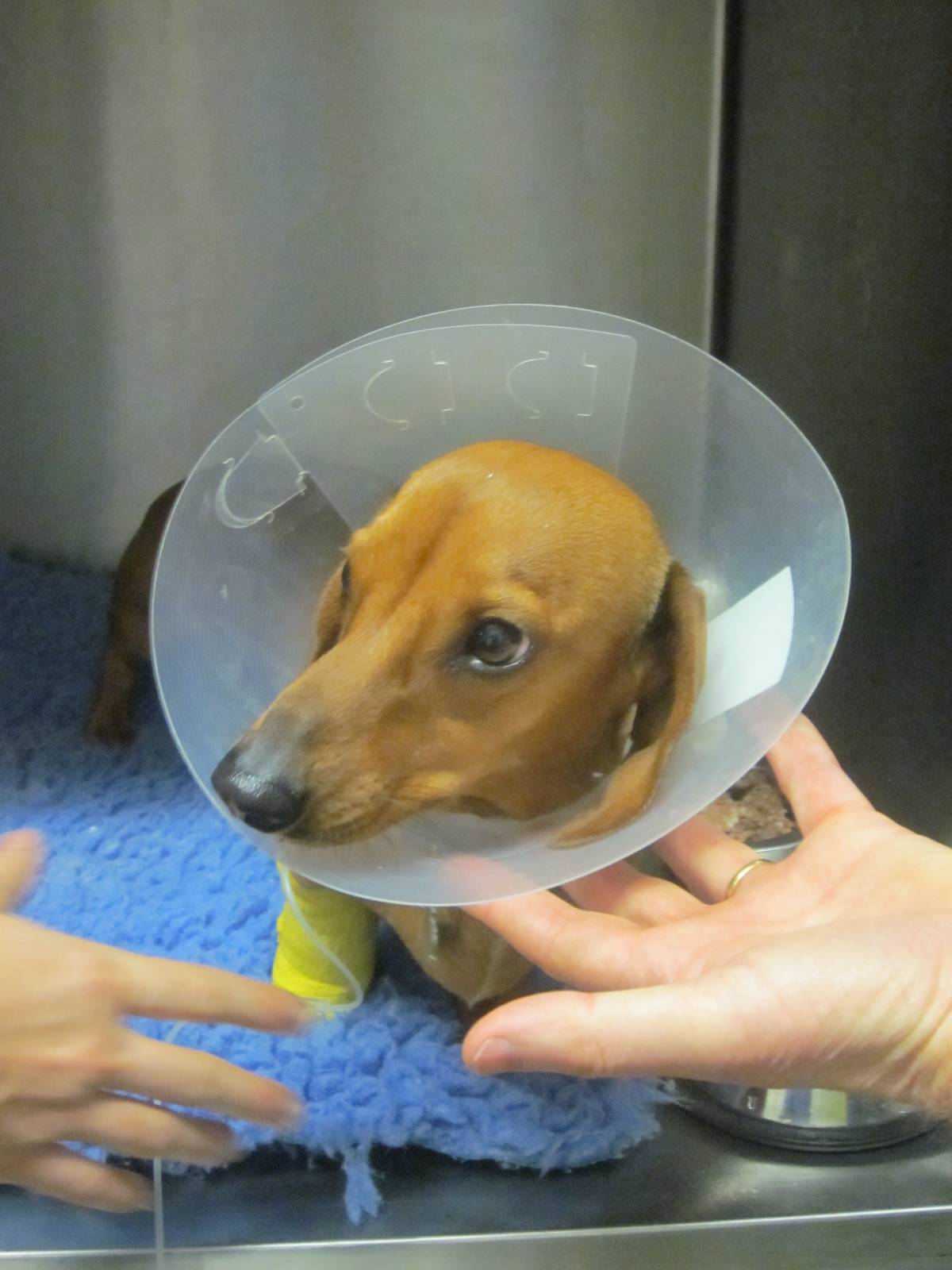 Poor Munny looking pretty miserable on IV Fluids….Because he really will eat anything, he needed the “cone of shame”! Much happier in Mum’s arms!

Luckily, Munny is a tough little guy and he has recovered well but it serves as a timely reminder to us all that human medications are not for pets and the need to be vigilant, particularly around non discriminate eaters (we call them “garbage guts!”) like little Munny. If your pet does ingest something you think may be harmful, do not delay! Call us straight away.